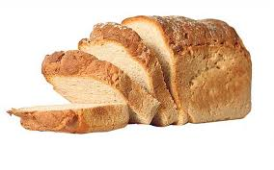 digestive problems and IBS may see an improvement in symptoms by switching from modern wheat to an ancient grain such as Kamut or Spelt.

Modern wheat has been bred for hardiness and pest resistance. Some believe that this results in the plant becoming toxic, resulting in digestive complaints in many people.

The study took a number of people with IBS and showed that those given modern wheat had elevated inflammation. Their digestive symptoms remained the same.

Those given the ancient grain had a significant reduction in inflammation markers along with reduced symptoms such as abdominal pain, bloating and improved stool consistency.

So if you suffer with digestive symptoms it may be worth giving the ancient grains a go!